The Development of Unarmed Techniques

Varying battlefield situations and the technical requirements of feudal warfare led to the establishment of various Styles or ryu of unarmed combat, which were controlled by, and passed down through the large powerful families. One of these systems was Aiki-jujitsu.

During the 16th century, Japan was embroiled in civil wars. Each feudal lord (Daimyo) struggled to maintain a powerful, independent position within the country. In order to do so, each Daimyo had to create a stable, unified force of his own, which required a very strong bond between the Lord and his Bushi (warriors). Bushido, the code of the Samurai, was used not only to encourage the development of combat techniques; but also to cultivate qualities of justice, benevolence, politeness and honor; and probably above all to consolidate the idea of supreme loyalty to one's lord and clan.

It was during this period of almost constant regional warfare, local independence and feudal isolation that the refinement of unarmed combat forms flourished and thereby developed into the numerous and distinctive styles.

The Tokugawa period (1603 to 1868) — in contrast was relatively peaceful for Japan. Though the Samurai, as a class saw little combat, they continued to practice and refine the various martial arts of kenjutsu, iaijutsu bajutsu and jujitsu. And as the martial arts (and all of Japanese culture) became strongly influenced by Buddhist concepts, the fighting arts were transformed from combat techniques (Bugei) into "ways" (Budo), ingraining the ideas of self-discipline, self-perfection, and philosophy. As a result, the dimensions of the martial arts expanded beyond the simple objective of killing an enemy to include the aspects of everyday living.

After the decline of the Samurai as a special class (1873), and the transition of martial "techniques" to martial "ways", a great emphasis was placed upon the study of Budo as a means of generating the moral strength necessary to build a strong and vital society. The Bushi, as a class, virtually disappeared but under a new constitution that proclaimed all classes equal, the essence of Bushido, cultivated for many centuries, continued to play an important part in the daily lives of the Japanese. This remains true today. 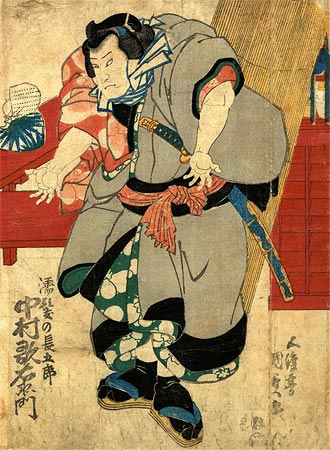